I decided to look over at the past year at the road traveled, over the mountains and through dark valleys, starting with January up to the week of Christmas. I started 2014 lost, the things I loved did not matter anymore, and I was struggling to find a way. The politics I always had an opinion about were pointless, it is really about who has the bigger guns, the only way to make a difference was growing local grassroots up into the higher levels of government.

I explored psychology with Freud’s Defense Mechanisms so I could understand that I was not losing my mind. During this time, I was humbled by the forgiveness of people who had the power to hurt me. Depression kept me leashed, with little drive to accomplish anything besides get better; it was like a heavy block on top of me. This in tandem with two lawyers negotiating my future, which did not help either. Research led me to an ancient philosophy known as Roman Stoicism around the time I quit therapy since it was not helping the trauma anymore.

Then I plunged back into a valley of death, it was my godson’s birthday and old wounds were reopened. That barely passed by when we lost a well-loved church member, our pastor’s husband. In that time I saw shining examples of leadership from the Head Pastor as he protected and cared for the grieving family and listened to the type of man Jake had been. I began taking all my experiences and reading to run through the filter of Bruce Lee’s philosophy: “Adapt what is useful, reject what is useless, and add what is specifically your own.”

Then the dreams returned with a heavy dose of anger so I dived into stoicism even more, looking for a way to deal with the negativity. It was at this time the negotiations ended, I accepted it, happy that it was over. From it I changed my focus, taking things less seriously, I wanted more than I had; a fresh start. I began again to find a way except this time I did not want to be perfect, I just wanted to be good.

It was in May that the pressure and ‘pruning of dead branches’ began. Left my wife for an emergency business trip, bawling like a baby most of the way. Lonely I slept poorly and if I was not asleep, I was reading the Gideon Bible in the nightstand. My ego and interpersonal skills with shifty people were refined under pressure when street hustlers came out of the woodwork. During this month, my grandma went into the hospital and later hospice, my wife’s granddad died of a massive heart attack, and while we were driving to the funeral, her friend 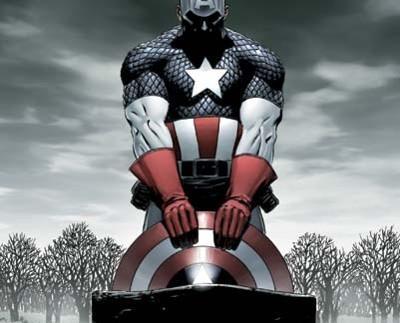 succumbed to cancer. In Oklahoma during that time a large chunk of who I had been was removed, maturity bringing insights. Ego was not the way, its doing the right thing regardless. I did not know it at the time but I was at war with my narcissism.

My body was gaining strength, physically and mentally, I was coming out of the valley. I constructed a motto to prevent my egomania and other negative traits, followed by a way to filter my decisions. As a guide, I came up with twelve personal virtues, virtues that I read again, when I refreshed my memory from the blog, and I would not change a one. Does not stop them from being hard to live by.

I came to be at peace with my introversion after reading Introvert Power. On a trip to New York and the flight home, I learned that people face the same problems to different degrees and stories. Overcame a few fears with the Stoic method of Trichotomy of Control, yet emotions were still harder to deal with. Sadness enveloped me again, memories and the weight of the one-year mark of losing my godson. I did gain a sense of closure though during July. 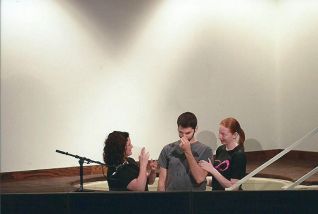 Then another death, my grandmother; while in Tennessee I spoke, actually just listened, at length with my uncle. Something he had said about being placed in key moments resonated with me. I had been noticing things falling into place regardless of my efforts to do it myself. For example trying to hire an attorney and the cost being more than my assets yet a pro-bono attorney appeared in a timely manner. I only had one explanation and turned more towards the church that had been there all along, and God. I rededicated my life; even our pastor noted the change saying I had “a servant’s heart”. I went from independent of anything (I thought) Ronin, to serving a master, God. He is now my shogun if you want to carry on the theme. It was not lost on me that samurai means ‘to serve’.

From there I started reevaluating further, old beliefs, new paths, and failings that need to be addressed. I was walking through another refining fire that tempered me even more spiritually, in my faith, and recognizing my own limits. Therefore, I turned more towards God, following His direction, and was surprised at how he answered a prayer. Then it was not simply a religion, it became a true relationship, faith solidified.

From there I started a book at my pastor’s recommendation; I do not think she realized how timely it was, Immediate Obedience. It is about being a true follower of Jesus. I also started an in-depth study of the book of James in the Bible. From it God was instructing me on being a Christian, I recommend reading it first after any of the Gospels. Then I was tested, and instead of doing it my way, I did it His and it worked. I wanted to know more about how to interact with people so I read the Gospel of Mark and the sixth chapter jumped at me. What to do with rejection, and when people come to you regardless of your mood.

I was getting closer to my wife as well during the year, the past year and a half had been one that either tears relationships apart or makes them stronger. Ours was the latter. Still sadness and hope resurfaced with the approaching holidays. Then one night I heard from a pair of guys who’d been in the same place or worse than I. They taught me to be ‘a light’ to those around me, and not to rely on my own strength in these times. I have proven to have great inner-strength on my own, but I have far greater available to me.

Loneliness hit, and feeling alone I journeyed into what God was for me. A judge? A universal impersonal guiding force? No, he was a father awaiting his prodigal son. He had been instructing me in the past six months, testing and tempering the metal, and with His strength, it has been much easier to live the twelve virtues I had written before. If this year is anything, it is the year of the prodigal. I’ve been brought a long way since January.

4 thoughts on “The Year Of The Prodigal”