I was running one day and thought about how God dealt with Abraham. The dude was a bit of a screw-up. It’s the pattern of humanity.

Even King David, the man after God’s heart, was putting out hits on his enemies while on his deathbed.

All through the land, God was telling him to do this and/or go there. I will do this or that.

Abraham does, but screws up. Like lying about being married to his wife because he was scared someone would kill him and take her for themselves.

Sarah was beautiful, even up to her 90s, without plastic surgery. Because guys were still taking her as their wife anyway, and God had to intervene before they screwed up. He even appeared to one king to warn him.

Impatient, and at his wife’s insistence, he has sex with her slave to have a kid as an heir. That blows up, and she makes him send her off with the boy.

Abraham would obey, then screw up, ask for forgiveness, and God would restore him. The cycle would repeat.

God knew the kind of man Abraham would grow into, despite and due to his choices. God was invested in Abraham and kept pushing him.

It’s the same thing with people. Except I can only envision the result. It won’t be guaranteed. That’s important to remember as a leader, and now as a dad. 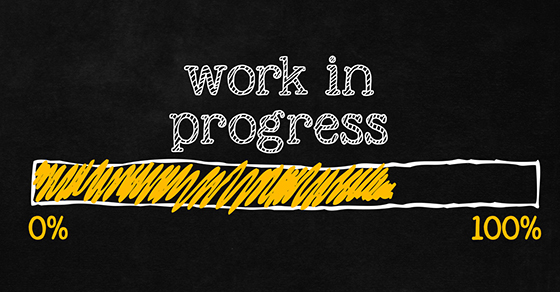