Note: This series is written as a first-person narrative to present Jesus in the context he walked in with the unknown disciple that narrates introducing my thoughts and sparking more ideas with his questions. Enjoy.

I’m omitting the teaching from John 14-17 for brevity’s sake and to time it with Easter. I do encourage you to read it yourselves, I’ve often wanted to teach on it as it’s Jesus’ last words to his disciples.

We walked towards the Garden of Gethsemane, listening to Jesus teach as we walked. He stopped at one point, turned, and looked at us.

We waited, sensing he was about to say something, but it was weighing on him. Then Jesus told us, “This very night you will all fall away on account of me, for it is written:

“‘ I will strike the shepherd,

and the sheep of the flock will be scattered.’

But after I have risen, I will go ahead of you into Galilee.”

Peter replied, “Even if all fall away on account of you, I never will.”

That was a bit insulting, Peter, I thought.

“Truly I tell you,” Jesus answered, “this very night before the rooster crows, you will disown me three times.”

But Peter declared, “Even if I have to die with you, I will never disown you.”

“I’ll never leave you,” I said. The others echoed us.

We arrived at Gethsemane, and Jesus said to us, “Sit here while I go over there and pray.” He gestured to Peter, James, and John to go along with him, and I watched as his expression looked troubled as he turned away.

I watched as they stopped at one point, and Jesus went a little further. He fell with his face to the ground and prayed. 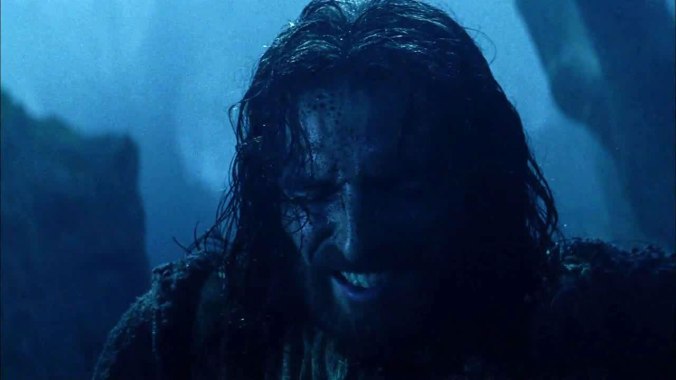 Then he returned to his disciples and shook them. Maybe those three were sleeping?

I watched as he went away a second time and prayed, “My Father, if it is not possible for this cup to be taken away unless I drink it, may your will be done.”

That was louder. I could hear the words that time from across the distance. I wondered, What did that mean?

Jesus walked up to the three again, shook his head. I looked at the seven with me, and a few of them were nodding off. Others were quietly talking. Jesus left Peter, James, and John, and went away once more and prayed the third time.

Jesus walked up, red streaks on his face. Was that blood, I wondered.

“Are you still sleeping and resting? Look, the hour has come, and the Son of Man is delivered into the hands of sinners. Rise! Let us go! Here comes my betrayer!” 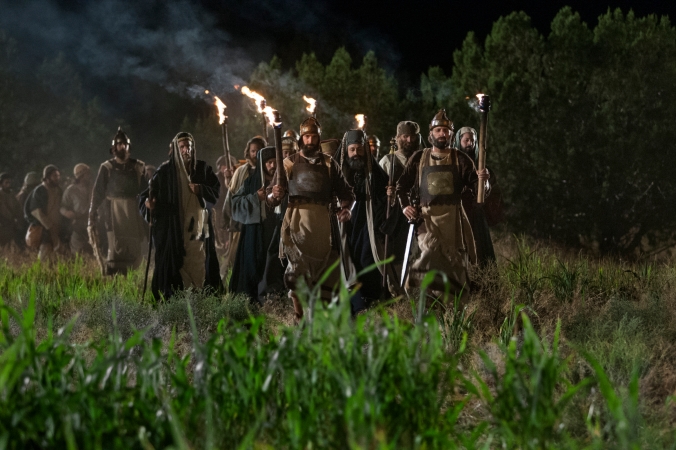 I looked towards the Garden’s entrance to see the torches approaching.

“Is that Judas?” Matthew asked.

“Told you,” Thomas said to Nathaniel.

I looked at the large crowd armed with swords and clubs, sent from the chief priests and the elders of the people I suspected. They were dressed like the temple guards.

Jesus went out and asked them, “Who is it you want?”

“Jesus of Nazareth,” they replied.

I watched as they stepped back and fell as a group. What was going on?

Smiling again, Jesus asked them, “Who is it you want?”

“Jesus of Nazareth,” they said, as they tried to get up with whatever dignity they had left.

Jesus answered, “I told you that I am he. If you are looking for me, then let these men go.” 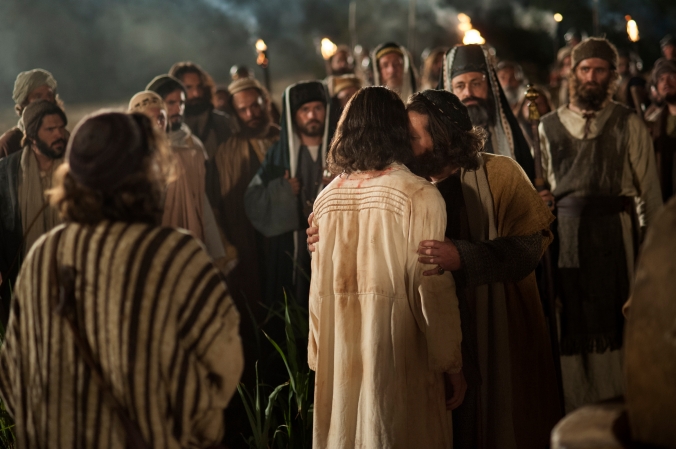 Going at once to Jesus, Judas said, “Greetings, Rabbi!” and kissed him.

Jesus replied, “Do what you came for, friend.”

Then the men stepped forward, seized Jesus, and arrested him. Peter reached for his sword, drew it out, and struck the servant of the high priest, cutting off his ear.

The man screamed, putting his hand on the bloody stump.

“Put your sword back in its place,” Jesus said to him, “for all who draw the sword will die by the sword. Do you think I cannot call on my Father, and he will at once put at my disposal more than twelve legions of angels? But how then would the Scriptures be fulfilled that say it must happen in this way?”

Jesus pulled an arm away from a guard and reached for the wounded man’s ear on the ground. He picked it up, wiped it off, and put it back on his head.

Jesus said to the crowd, “Am I leading a rebellion, that you have come out with swords and clubs to capture me? Every day I sat in the temple courts teaching, and you did not arrest me. But this has all taken place that the writings of the prophets might be fulfilled.”

While he was talking, I was backing up slowly. Then I ran. My promise to never leave, forgotten, along with my honor, in Gethsemane. I saw all the others running too, leaving Jesus with the mob…