Note: This series is written as a first-person narrative to present Jesus in the context he walked in with the unknown disciple that narrates introducing my thoughts and sparking more ideas with his questions. Enjoy.

Jesus took a seat, and we listened as he told us a parable. He said, “In a certain town there was a judge who neither feared God nor cared what people thought. And there was a widow in that town who kept coming to him with the plea, ‘Grant me justice against my adversary.’ 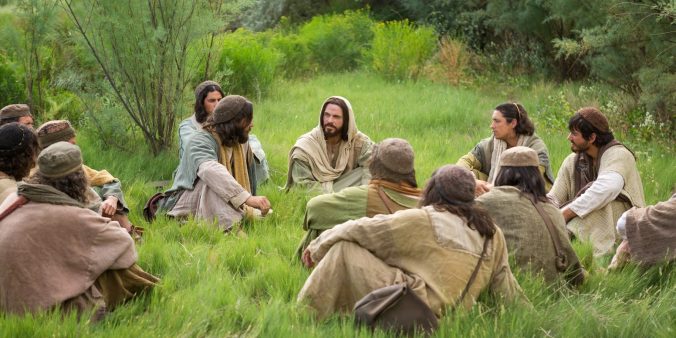 “For some time, he refused. But finally, he said to himself, ‘Even though I don’t fear God or care what people think, yet because this widow keeps bothering me, I will see that she gets justice, so that she won’t eventually come and attack me!’”

Jesus looked at us and said, “Listen to what the unjust judge says. And will not God bring about justice for his chosen ones, who cry out to him day and night? Will he keep putting them off? I tell you, he will see that they get justice, and quickly. However, when the Son of Man comes, will he find faith on the earth?”

Of course, I thought.

We continued on, and I saw some Pharisees with fancy robes on walking proudly through the town. Occasionally, they would avoid a beggar and look at him in disgust.

One looked at Matthew in our group, recognition lighting up his eyes.

“You there, are you Matthew, the tax collector?”
“I was until I met Jesus.”
“But you’re a sinner,” the Pharisee exclaimed.

Jesus raised a hand and began to speak, “Two men went up to the temple to pray, one a Pharisee and the other a tax collector. The Pharisee stood by himself and prayed: ‘God, I thank you that I am not like other people—robbers, evildoers, adulterers—or even like this tax collector. I fast twice a week and give a tenth of all I get.’
“But the tax collector stood at a distance. He would not even look up to heaven, but beat his breast and said, ‘God, have mercy on me, a sinner.’

We walked away, leaving the Pharisee looking at Jesus in shock.