I have been studying a book by a favorite author, slightly off-topic from his usual work that I am finding to be a veritable gold mine. It is entitled Conflict Communications or ConCom for short, and if you type that into Amazon’s search bar, you will be taken to condoms. Fun Fact. 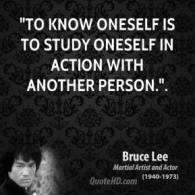 Either way it breaks down social conflict, its predictability, how to work around it so you can fix the real issue. I can sum it up like this, ‘do you want to argue how things are done or fix the problem?’ With this new knowledge, I started testing it, watching others and myself when we interact.

One incident is a former friend who found veganism, who enthusiastically embraced it, making it part of his self-identity. He dropped me, maybe because I am not a vegan, I do not know. However, I see the reasoning. Think about something that you love to do so much you make time for it. With me, it is hard style kettlebell training and Jeet Kune Do/Kali.

Now someone says what you do sucks, even just questions its effectiveness, or tells you that you are getting just a little preachy. How does that make you feel? If we feel anything that is the limbic system in our brain is firing in the Triune Brain Model, where the emotions reside and when they trigger our rationality starts to climb out the window.

Have you ever been able to reason with someone in an intense argument? I used to get in political arguments all the time for example, and it usually gets down to how someone feels things should be done. Not a cold blooded, logical by the numbers calculation. It happens to me, it happens to you, and when we get emotional, I know now, that I cannot accomplish anything of substance until I have calmed down.

I found Stoic Principles help with that, along with not taking things so serious. I mean, if I cannot put it in a bag and carry it, it is not that serious of an issue. Reasoned debate is more fun that way, and out of context analogies are kept to a minimum. I found that not verbally attacking someone by telling them they are wrong would go a lot further to getting them to give your way a try. This principle works with all areas of life, politics, religion, even every day communication. After all, in the end, unless it keeps us alive, the rest is the story you tell. Interesting, but unnecessary. 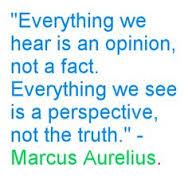 One thought on “Do You Want to Argue How It’s Done or Fix the Problem?”