Do you have that ‘one thing’ that sets you off every time?

I do, and I wanted to know why, it is a weakness to be exploited. Mine is simple: tell me I have to do something or have the tone of ‘you better’ when you say something. It is subjective.

First off, it is a basic respect issue, not to be confused with the ‘if you don’t recognize my greatness and bow’ respect that seems common these days. What it is that you treat everyone as equals since everyone has strengths and weaknesses that others do not have. If I am taking money from you for a service or skill I can provide, then you have paid for my time. It is a mutual deal that has been worked out, the same one everyone makes so talking down to someone should not be an issue.

I have dealt with abusive bosses and coworkers at nearly every place I have worked; in fact, I think we all have. It is many years I had bottled up and it brings a tendency to overreact that I am just now catching. When you are mad, the mammalian brain kicks in and the neocortex checks out, as an aside look into the Triune Brain Theory for more. What helps is when somebody starts barking at you, think of them as puppies. Then ignore them, as big dogs are want to do. 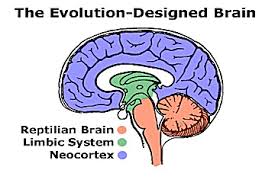 Maybe they have some insecurities and overreact, as I tend to do. Those yelling makes you want to yell right back as emotions are contagious. One way to step out of this, at least for me, is study body language and really watch the drama. You will see the posturing, egos and dick measuring contests between kids and adults alike. I do not want to take part in it but I would be lying if I did not feel its pull, especially when my button is pushed.

You told me what to do. Who are you to do that? Then it escalates until someone submits or a fight for dominance starts which results in probably being fired and/or dealing with the police. However, by recognizing the dominance game it is easier to step back and picture people as school kids on a playground. How is that for perspective?

Then walk away. This is where I usually get comments that it is backing down and its not, it is simply refusing to play with the other kids. By leaving you take any power they have over you away from them. Is your ego that insecure? I have walked away and in situations where it is someone I have to deal with at work I just set this goal in my mind, ‘not gonna happen’. It changes your body language and vibe when you do that, they can see the intent and price they will pay if they cross that line, all the while being polite and not attacking their pride. That keeps it from being about proving who is better, and it works however not being there works better.

Little dog meet hungry wolf. People get very respectful then, unless they are willing to take it to a level beyond what you are. Always consider that. To summarize, basic respect for everyone as adults while acknowledging that they have strengths you do not have and weaknesses that you do not have. Just look at people and think of the drama as puppies fighting or school kid drama and enjoy the entertainment. Just do not be sucked in and remember a favorite quote I have:

“Rudeness is a weak imitation of strength.” ~Eric Hoffer

2 thoughts on “What Pisses You Off?”