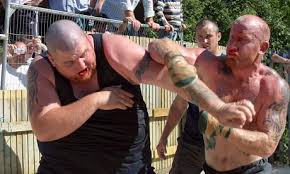 It never seems to fail, when one group sees another, someone just HAS to be better. Moreover, logically, if you ran a series of tests, one group would be, however, some just get tribal, or worse like a cult. Particularly martial arts; you have ‘new’ ones pop up that no one has seen gain a following and then a new one comes along. Karate after WWII, Judo, Aikido, Jeet Kune Do (the one I practice), Kung Fu, Ninjitsu, Brazilian Jiu Jitsu, MMA, and now Krav Maga.

There is nothing wrong with that, except when you have a discussion on ways to deal with attacks on the street. I could go back and forth with that discussion-different mindsets needed, the importance of awareness. Along with what reality you are training for, such as average guy wanting to protect himself, cops on the beat, SWAT, soldiers or Special Forces, knowing the crime in your area. And then these comments came: 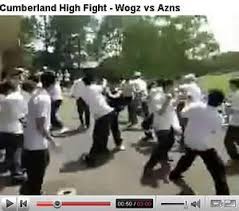 “It all just boils down to the most practical combat martial art available and that would be contemporary ninjutsu. Do you have a particular favorite Vance? Muay Thai, MCMAP?”

Do you see where this is going? I stated that I trained JKD & Kali, which got this response…

“Jeet Kune Do is decent but I would expand a little more. I’d venture to say it deserves respect but is on the practicality level of Krav Maga. No disrespect. Kali is a watered down (feel good) derivative of ninjutsu”

For the record, Kali is the catch-all term for the martial arts that originate from the Philippine islands also known as Filipino Martial Arts. Are all those feel good derivatives of Ninjitsu? Doubt it.

So I called them on it, asking if they are really going to trash other systems, and reminded them of an earlier statement (that I agreed with) on polishing what you have and if another has a better solution, then use it. This followed…

“We are talking about combat martial arts being used in a real life situation and not a UFC, MMA or sparring match right? I meant no disrespect. I was referring to our discussion & the book (Meditations On Violence) while comparison of the different martial arts. All have been assessed and only few are at the top of the food chain.” 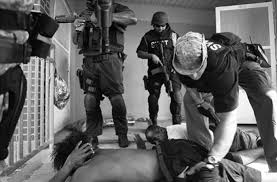 Most of the traditional arts were combat arts; it is what you target and the force applied to it that makes it damaging. Yes, a few have more of that (sport) focus these days, as compared to the Olympic Tae Kwon Do school near me. I was just stating do not be hung up on the style used.

I looked at the techniques I have learned and I have a set that puts them in a bad position, causes pain, damages and shuts them down. I have a set just under it that does all that but shuts them down along with restraint. A sliding scale I practice at home based on the levels of force needed for the job.

I have a counter assault move I took from S.P.E.A.R to turn the flinch from a surprise attack into a reflexive counterattack; it looks like a karate block or what I call a reinforced Tan Sao from Wing Chun Kung Fu. That is my bridge to break the freeze and apply the system I use. Most other styles that grapple have a way to apply the principles seen in joint locks and takedowns. Triangulation, spirals, 45-degree angles. Strikes can only come from so many directions, body mechanics, and structures (stances) strategies like interception, simultaneous attack and defense, sliding leverage, going off-center, attacking the limb holding the weapon.

“Well at least we can agree to disagree. if there is one art that can counter all the others its ninjutsu, ninjutsu is an art comprised of all the best attacks and

counters of the best martial arts available, its not “all” just its own style. It’s a lot of styles combined with proper
mindset”

This may well be; I haven’t studied ninjitsu. However, it’s not the art that’s dangerous; it’s the wielder and until it’s pressure tested in life and death, you have a set

of theories on what will work. Ninjas died all the time; other martial artists lose these days or die, and I would pay more attention to those who have survived using their skills than second-hand knowledge.

On the other hand, since I have been studying with my Sifu, I have had the pleasure of training with martial artists studying Tae Kwon Do, Classical Wing Chun (interesting difference between Bruce Lee’s modified and these guys), Krav Maga, Brazilian Jiu Jitsu and Hapkido. They have shared their knowledge and listened to ours and we all learned. Not tribal at all, no egos clashing; just people learning from each other and not putting down the others.

These are the type of people I like to surround myself with.