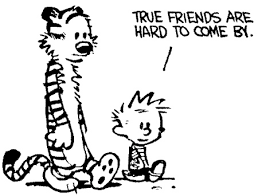 A true and honest friendship cannot be bought with money or favor, for it is free. Anything else isn’t a friendship at all, but a business transaction. ~Ronin

I wrote this after dealing with some “family” member, and a conversation afterwards. I was told by the good Samaritan that she keeps helping because if she doesn’t she’s worried that she’ll lose her “friend”. Say what? That’s not a friend, that is a user high on the drug of irresponsibility. My friends are few and far between, and you know what? I don’t expect a damn thing from them.

They’re my friends because of similar values, joy in company, and a pleasure to be around. If they start messing up, I’ll point it out, and if wrong I’ll correct them. What they see is what they get, and for them it’s the same. I make a mistake, they point it out, I’m wrong, they correct. I want friends, not enablers. When you do something for a friend it’s because you care about them, not out of fear. Fear is the tool of control and if a friend used it against me, I’d be hurt that they just killed the relationship.

A true friend is priceless and anyone who taints it is a counterfeit friend.