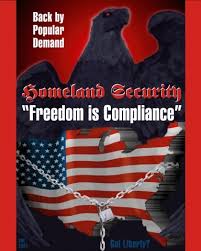 was up for extension. And Congress yet again, kept freedom away. You have NO PRIVACY due to the actions of 250 Representatives and 72 Senators.

322 politicians decided that roving wiretaps on communications used by “suspected terrorist suspects.” Who decides that someone is a terrorist? They’re just trolling and incidentally they may have caught  you talking dirty to your wife. That’s supposed to be private, yet in the name of security, they take away the “secure in your person” part of the Fourth Amendment. To make you “secure” they took it away. It gets worse, Surveillance of non-citizen “lone-wolf” terrorists. That’s good…right?

Well here’s a story of it in action, click here. A 13 yr old boy wrote on his Facebook page that terrorists may try to seek revenge for Osama. Make’s sense right, jihadists have a tendency to hold a grudge. A week later a Secret Service agent showed up to question the boy for threatening the President. He was interrogated for a half-hour before his mom could get there.

Why is the Secret Service monitoring a kid’s page? Or more likely he was reported, but after you see he’s 13, and the context of the post, you can see it’s innocent.  We’re told that the Bill of Rights is natural rights that everyone has, and we’ve gone into countries to remake them in our image, but we make exceptions. Who needs approval to look into peoples’ lives. Speaking of warrants, the government doesn’t have to give a reason to search businesses, charities, libraries, etc. for records of what hotel you stayed at, what flight you took, what books you bought, tax records, medical(what the hell happened to doctor-patient confidentiality?) and other records of people including U.S citizens!!! And the businesses searched better keep their mouths shut, or they can go to jail. INTIMIDATION ANYONE? 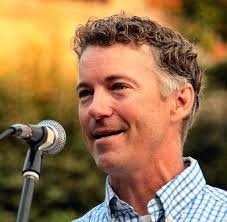 Not all politicians are tyrants, we have one good Senator fighting for liberty, and that’s Senator Rand Paul. He fought to get two amendments that protect our right to privacy, one was to exempt firearms records from the eyes of the government unless they can show probable cause. Well that wouldn’t fly, only 10 Senators voted for it, and neither was mine. Senators Boozman and Pryor, I have no respect for you, you lying bastards. And I will work to see you fired from the Senate.

Senator Paul’s other amendment was to make it  where only law enforcement can request your bank records. What we have now, is if you make a transaction over 5,000.00$ your bank reports it to the Feds, and if they refuse, jail time. Only 4 voted for it!

Now when a Senator-Elect or a Representative-Elect takes the oath of office they vow to protect the Constitution which includes the Bill of Rights. Yet this law violates the Fourth Amendment, which means they broke their vow when they voted for the USAPATRIOT Act. That’s why I called them lying bastards. Everyone of the Arkansas Delegation voted for it, Boozman, Pryor, Ross, Womack, Crawford, and Griffin. Call the Capitol Switchboard at (202)224-3121 and tell your Legislator what you think about his/her vote. In the links below I’ll post the bill text, and who voted yea or nay.

2 thoughts on “Lady Liberty Abused by the UnPatriot Act Extension”